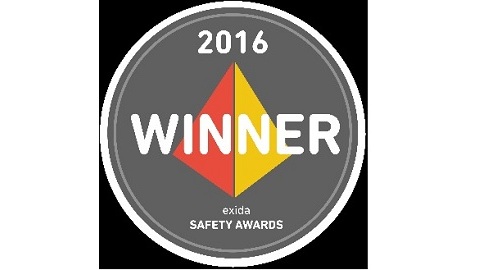 WATERTOWN, MASS., USA — January 2017, — United Electric Controls, has won the 2016 exida safety award for its One Series Safety Transmitter — the first SIL 2-certified transmitter designed solely for safety system applications. Selected in the sensor category, the United Electric Safety Transmitter (ST) is the first transmitter to incorporate a logic solver and high capacity safety relay output (SRO) in addition to an industry standard transmitter – all in one explosion-proof enclosure.
As a global leader in safety and cybersecurity certification for the process industries, exida provides companies around the world with guidance in functional safety, alarm management, and automation system design.
“Each year we honor those companies that stand out as having made a unique contribution to industrial safety. By integrating a safety logic solver and high capacity safety relay with an industrial transmitter, United Electric Controls’ One Series offers a simple, economical approach for enhancing functional safety,” said xx, who managed the judging for exida.
Unlike costly, overcomplicated process transmitters that must be adapted for safety use, the One Series is engineered to protect, giving safety teams simple setup and fast, safer and affordable performance — from the start. The transmitter is available in versions that monitor temperature or pressure.
“We are honored that the One Series Safety Transmitter has been recognized for its one of a kind safety capability by an organization with exida’s stature in the industry. We are grateful that exida sees the potential of its functionality,” said Wil Chin, Vice President of Marketing and Business Development for United Electric Controls.